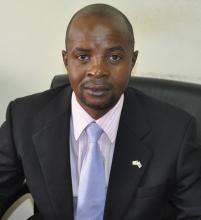 Edward Bbaale is an Associate Professor of Economics and holds a PhD in Economics.He is also currently the Dean of the School of Economics, Makerere University. Prior to that, Edward also served as a Graduate Programmes Coordinator for the School of Economics from 2012 to 2013.  He has very rich hands-on experience in economics research with a bias towards development microeconomics. He was awarded a 3-month(s) (September-November 2017) post-doc scholarship by the Austrian Agency for International Cooperation in Education & Research (OeAD-GmbH) to undertake research at the Vienna Institute of International Economic Studies (wiiw) in Vienna-Austria.  He was in 2010 nominated for the Visiting Research Fellow Position at the Centre for Global Development in Washington D.C.  USA, (September 2010-September 2011) and in 2013 he was nominated a Visiting Fellow for the Journal of African Economies, Department of Economics, University of Oxford, UK (April-June 2013). At wiiw, CGD and Oxford, he undertook research mainly focused on development microeconomics from which he published a number of articles in peer reviewed Journals. One of his papers published in the African Journal of Economics and Management Sciences, was voted as a Highly Commended Award Winner at Literati Network Awards for Excellence 2012 (<http://www.emeraldinsight.com/literati>). Edward also received Technical Training in Gender and Economic Analysis sponsored by AERC, April 23rd- 4th May 2012-Naura Springs Hotel, Arusha Tanzania.  This training gave birth to another Workshop for a Special Issue of Feminist Economics on Engendering Economic Policy in Africa; May 10-11, 2013, Cape Town, South Africa. He also received Technical Training on strengthening capacities for gender analysis in sub-Saharan African Countries; July 6th- 9th 2015-Lake Victoria Serena Hotel, Entebbe, Uganda. The training was organised by Economic Policy Research Centre (EPRC) in collaboration with Advocates Coalition for Development and Environment (ACODE) and Economic and Social Research Consortium (CRES) with financial support from International Development Research Centre (IDRC).Edward has undertaken a number of research projects with different grants (donors including but not limited to AERC, IDRC, Sida and UNDP). Edward is a member of Senate of Makerere University, Makerere University Admissions Committee, Academic Board of African Economic Research Consortium (AERC) in Nairobi and a member of the Expanded Board of National Planning Authority (NPA) in Uganda. Edward is and has been an External Examiner in the Departments of Economics of Kyambogo University, University of Namibia and University of Zimbabwe.

You can get in-touch with me any time and we will get back to you as soon as possible.

We're on Social Networks. Follow us & get in touch.

Copyright © 2023, School of Economics | College of Business and Management Sciences.